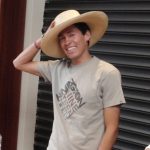 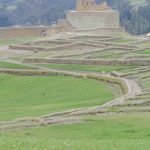 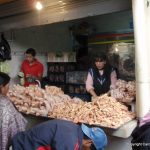 Vacation has always been a time for me to forget my real life and lose myself in something fun and exciting. For me, vacation is about saving my money for months or even a year, and then, throwing all caution to the wind. Vacation starts and it is time to spend money on food, trinkets, and entertainment. It is time to wake up early and stay up late. Usually, my vacations last for a week. Before I know it, the week is over and it is time to get on the plane, return home, and go back to work.

In 2009, I did vacation a little different. I booked a 17 day trip to Ecuador. This trip took me away from home over Christmas and New Year. Having never been away from family and friends during the holidays, I was a bit nervous about how I would feel being alone. Let me explain what happened.

Gap Adventures allows singles to book without that horrendous “single supplement” fee. What you agree to, is being assigned a roommate that you will not know. As a matter of fact, everyone who books a trip is booked as an individual and once the maximum number is reached, no one else can join the trip. I was a bit apprehensive but excited that as a single person, I could take a vacation and not have to pay extra for simply, being single.

My friends were amazing. Since I would be gone during the holidays, they provided me with more spending money than I could have used on 4 vacations. They all told me how much they wanted me to have a great time and they were willing to make sure the vacation was a success. 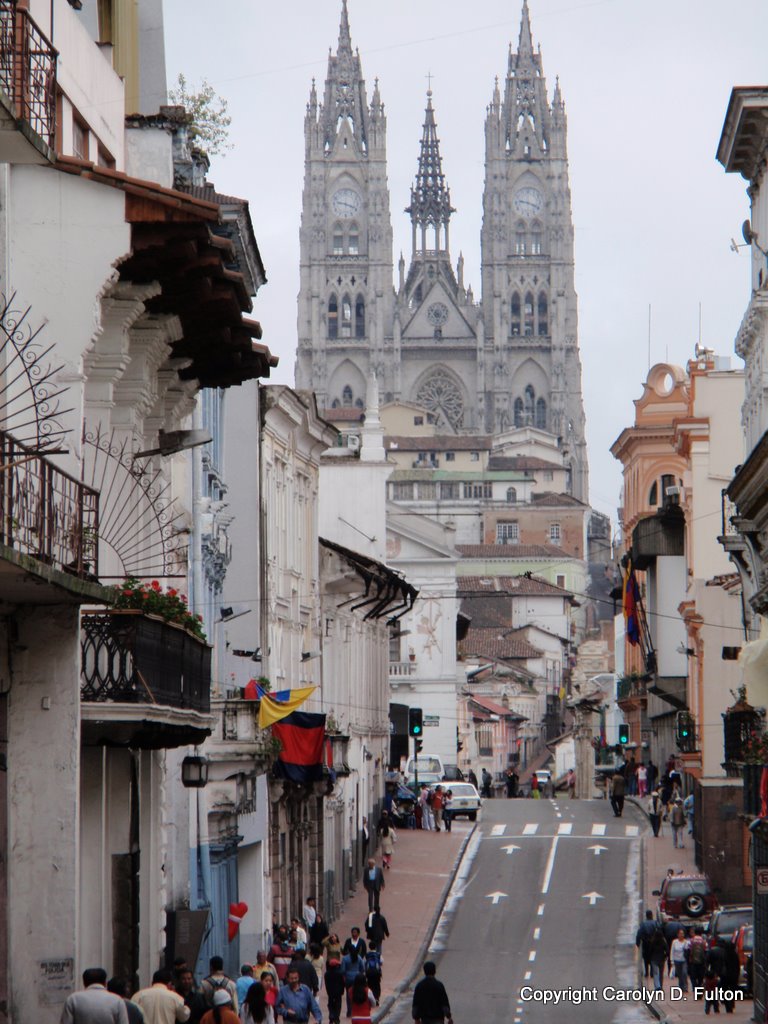 The trip from Florida to Panama was great. I was seated next to Sophia. She was approximately 5 years old and lives in Panama. Yes, after all of these years, I still remember her name. She asked me lots of questions, told me stories, and drew pictures for me. When the plane landed, we said good bye and I headed to my gate to wait for my connecting flight. For more than an hour, all announcements were made in English and Spanish. Then, an announcement was made only in Spanish and everyone got up and started leaving the gate. I became a little worried and asked someone, what did they just say? He told me that the gate had been moved to the opposite side  of the airport. Really? This is the announcement they make in only Spanish. I followed the others to the gate and                                                              made my way to Ecuador. 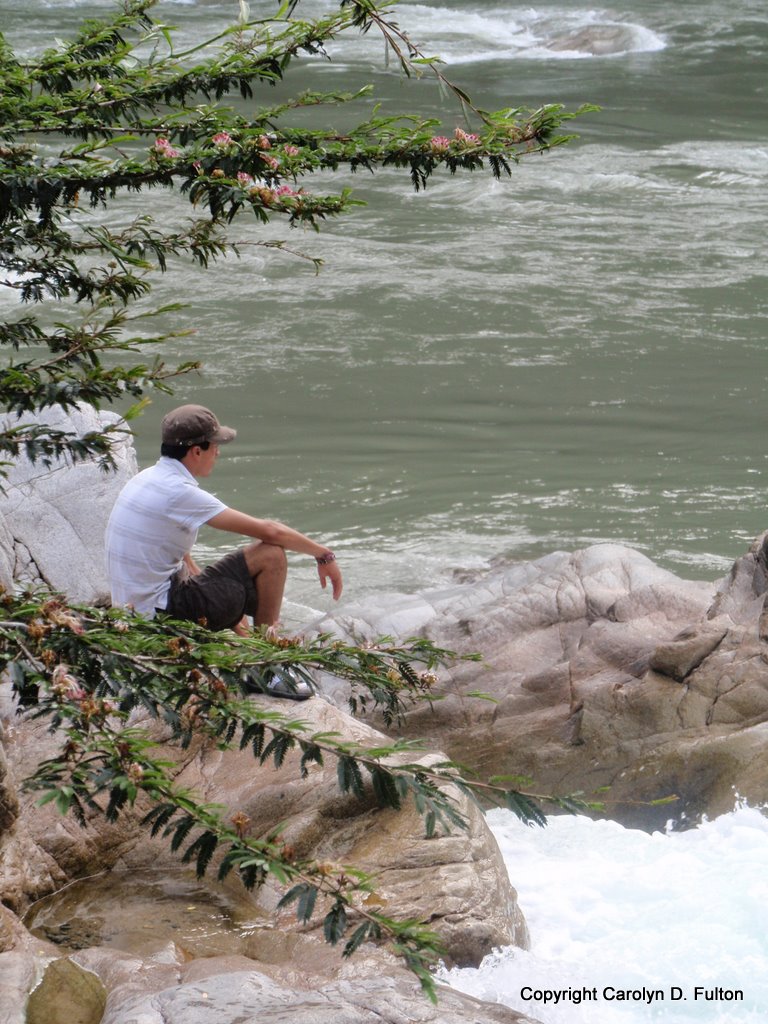 Ecuador was a sight to see. Living in Florida, mountains and altitude are foreign to me. The country is absolutely beautiful. I made it to the hotel and eventually connected with the others.Some had been the victims of a street holdup but they were fine and excited to start a 17 day adventure.

In the group, there were other singles, two sisters, and two families. It took us no time at all to begin chatting and getting to know each other. They were from Canada, Australia, Austria, and the US. I will not suggest that we were all the best of friends but everyone got along for the entire trip. Our guide, Fernand0 was from Ecuador, he knows his way around, and was the best tour guide ever. 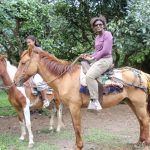 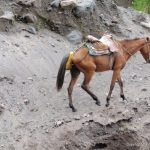 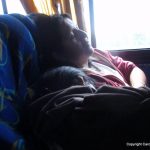 This was a rustic vacation. We stayed with the locals, rode in the back of pickup trucks, took the “chicken” buses with the locals, and did a lot of walking too. During our home stay, we got up one morning to hike to a waterfall. Yes, we hike up a mountain and then careened down to the beach. At this point, it was about lunchtime so I thought there has to be a shortcut back to the home. Well, unlike the magic that is Walt Disney World, there was no magic. We careened back up the mountain and returned home the same way we came.  That was the longest, most rewarding day of my life. I had never thought about doing anything like that but I did it without even thinking about it.

Our first excursion was to a spa nestled between two mountains. Yes, it was as amazing as it sounds. The first evening, everyone went out to walk down one of the mountains. At some point, many decided to turnaround and head back. One person, the marathon biker from Canada wanted to continue to the bottom. Me, swimming a mile a day, five days a week, felt that I was in the perfect shape to accompany her. Well, going down the mountain was super easy. When we turned around to come back up, I took about three steps and could not breath. I did not want to say anything so I pushed forward and took a total of eight steps and went to my knees. I could not breath. She consoled me and I stood up and was determined to climb the mountain. I took five steps and went to my knees. The next go round, I took three steps. We can all see that I am not going to climb this mountain before the vacation ends. A few cars passed us and finally, one that passed, backed up, and asked if we needed a ride. Hell YES! I do not know you and maybe you will kill me but it is a chance I am completely willing to take. We made it back to the spa and I now know first hand about altitude and elevation. It is NOT available is Florida. 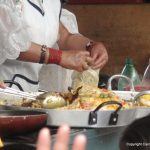 The food in the restaurants, was good and cheap. A very filling meal costs no more that $3 American. I had my first fruit pizza and it was delicious. However, be warned, the more delicious a meal, the more likely your stomach is going to protest later. The home meals were not great. I am sure they were feeding us as cheaply as they could in an attempt to keep more of the money but it was all about the experience. I managed to lose 15 lbs on this vacation because I was very cautious about what I ate. Besides, one can only eat so much chicken, lettuce, and carrots. I did not want to get sick in a foreign country so eating less was my mantra. One of my travel mates did get sick and he had to return to Austria. Lesson: when in a foreign country, be cautious of what you are eating and do not share food with other people.

No matter where we went, the people were very friendly, even if they did not speak English. We were actually fortunate to have a few people on the tour who spoke Spanish so we did just fine. We hung out in the same places as the locals and had a great time doing it. 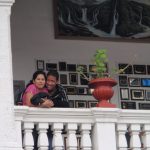 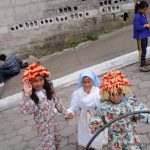 During the home stay, we went to the beach and on the way back., we noticed a brand new pickup truck in the distance. As we got closer, it sped away. I noticed a backpack behind the bush where the truck had been. One of the group members immediately headed over 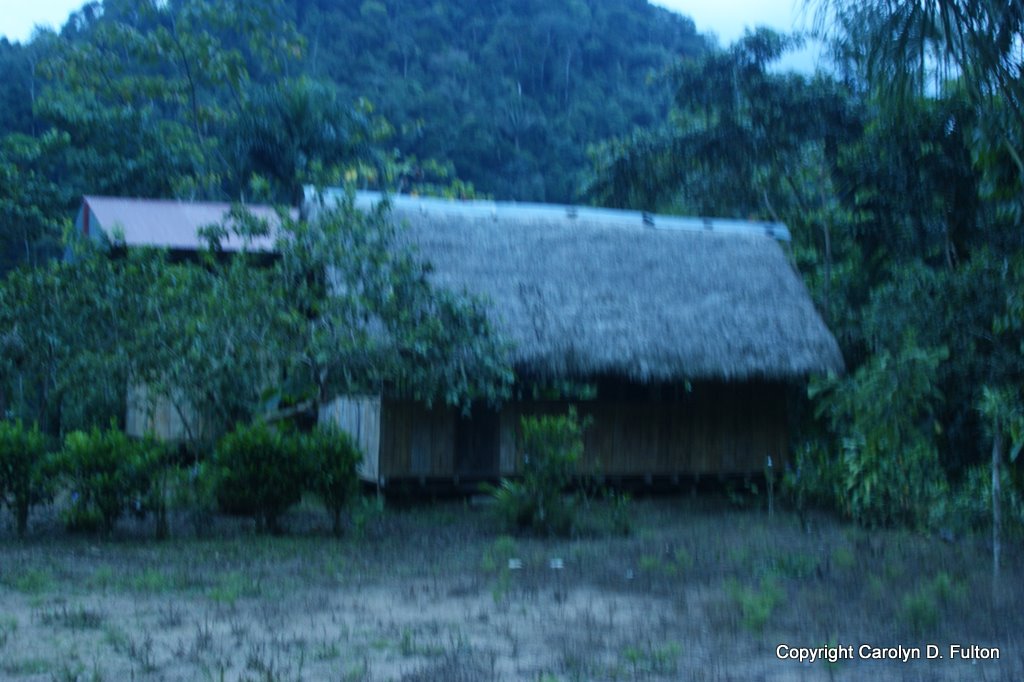 to retrieve it. We all emphatically told him NO! To this day, I have no idea what was in the backpack but a desire to return home alive easily outweighed everyone’s curiosity. We even took some of the people who were not with us back to look at it but we NEVER got close or touched it.

Of course, there is always a zoo visit when on vacation. So, off we went. It was boring until one group member and her daughter decided they would become friends with one of the monkeys that was running wild in the zoo. Again, my overwhelming desire to return home alive kept me a good distance from these monkeys. So, the mother reaches for the monkey and it jumps into her arms. For about half hour, she carried this monkey around as though it was her nursing infant. Finally, she put it down. We continue walking 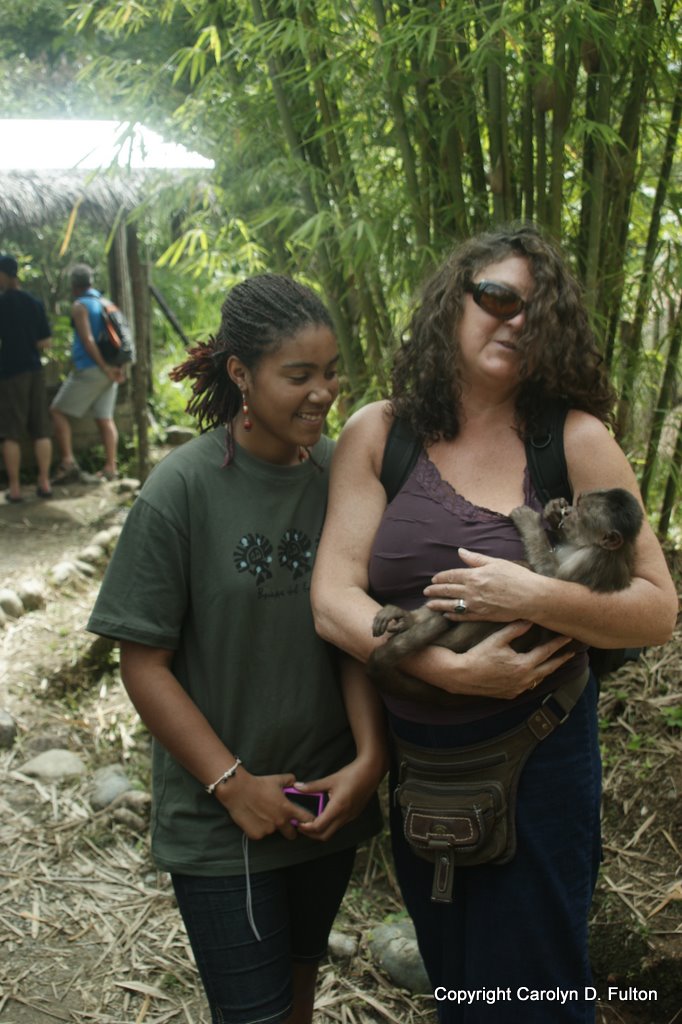 around and where ever we went, the monkey always lurked in the bushes next to us and was sure to follow. Then, the woman who was carrying it calls for her daughter. As she and her daughter are talking, the monkey jumps out of the bushes and bites the daughter on the leg. I guess he had some jealousy issues. Everyone is speechless.

No one who works for the zoo has any idea what to do, which is not a surprise. They insist the monkey has “had all of his shots”. I was itching to ask, can you please tell me what those shots are?” We all know, it is Ecuador, there is zero chance that a wild monkey has had a rabies shot. So, the daughter limped around and said she was fine. I have no idea how that played out when they returned home other than to be fairly certain, the incident was not declared on the customs form.

The best part of the vacation is that after all these years, I still keep in touch with 4 of the people who were on the tour. I truly consider them friends. I came home with a new way of looking at life and felt happier and more at peace with the world. 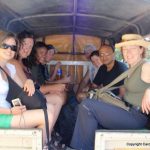 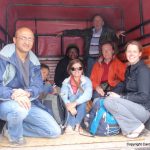 Like Loading...
This entry was posted in Self Improvement and tagged ecuador, monkey, vacation. Bookmark the permalink.